Play-by-Play Broadcaster Jack Benjamin, and the Sportscasters Talent Agency of America (STAA), invited fellow sportscasters and sports fanatics to take part in determining the greatest radio and TV play-by-play calls of the last 50 years. Each of the radio and TV brackets below included 68 entries, including four play-in matchups, which were selected from more than 500 TV and radio calls.

Voting for the Radio & TV Championship Matchups is now CLOSED. Congratulations to Rod Bramblett for his call of Auburn’s ‘Kick Six’ and Al Michaels for his call of the ‘Miracle on Ice’ for winning the radio and TV brackets respectively.

Read More About How the Brackets Were CreatedRead Less

Bracket entries and seedings were determined by using 24 sport and time-specific surveys which asked respondents to rate various calls. Survey respondents were also asked to suggest additional calls. 22 suggested radio and TV calls were included in a “Wild Card Survey.” Based on survey responses, every call received a numerical ranking. Seven “Wild Card” calls made it into the brackets.

The highest ranked radio and TV calls were included in their respective brackets with the following exceptions:

Selected calls were seeded and separated into four regions according to rank. With the exception of Al Michaels, no broadcaster had two of his own calls in the same region. Different sports were distributed as evenly as possible among regions.

Survey rankings were used to determine seedings and matchups. To maintain voting objectivity, seedings are not shown in the bracket and cannot be inferred from the order of the matchups. 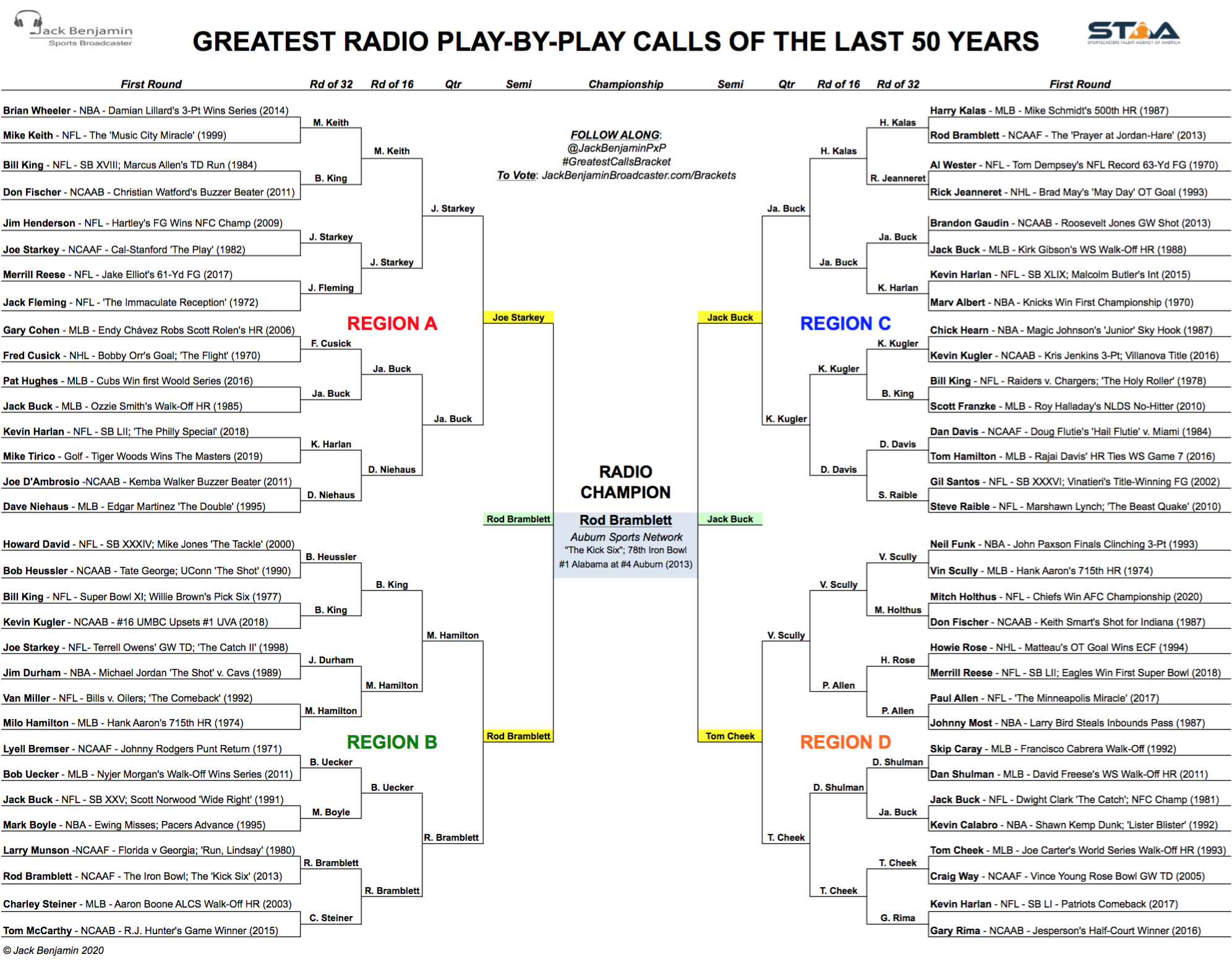 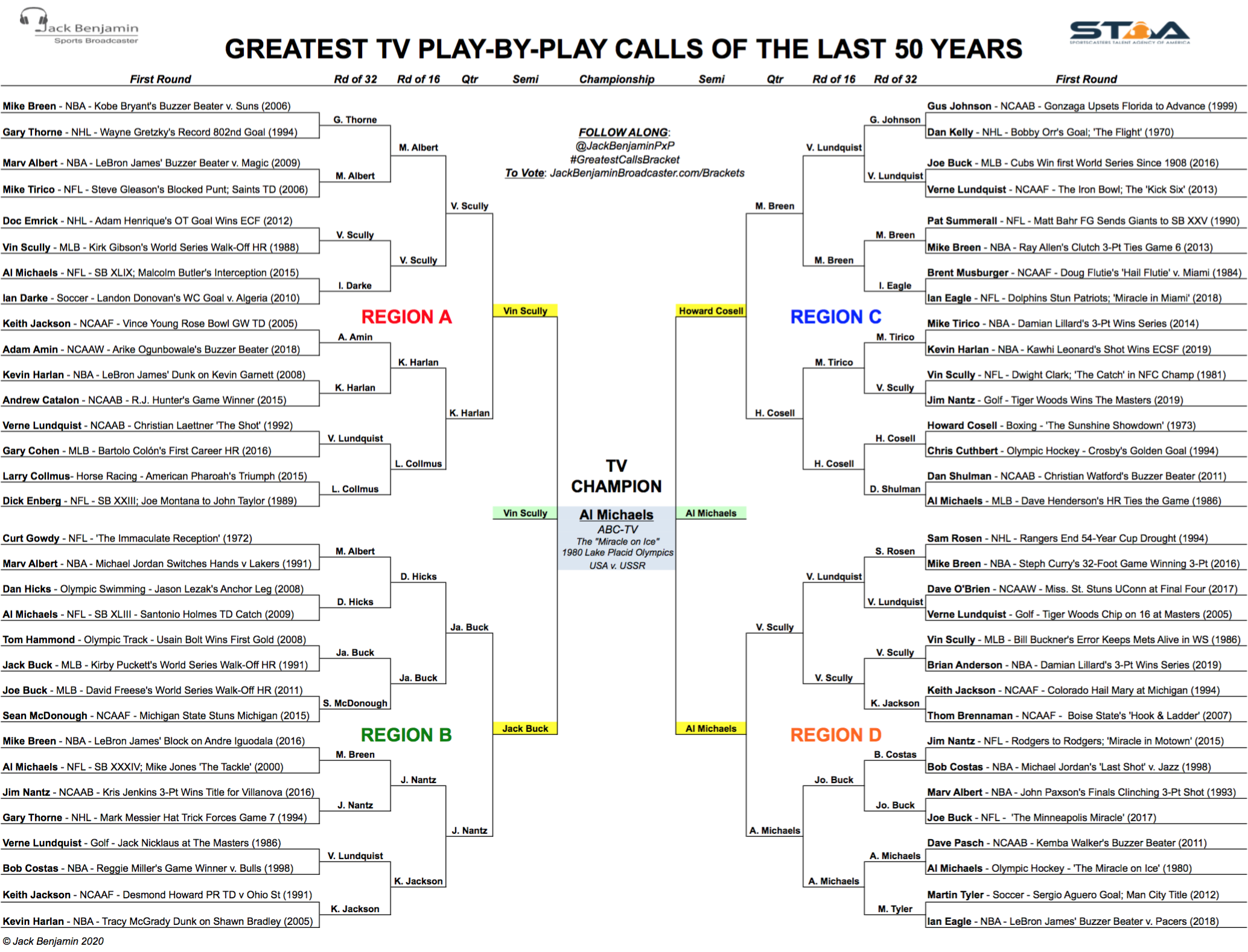